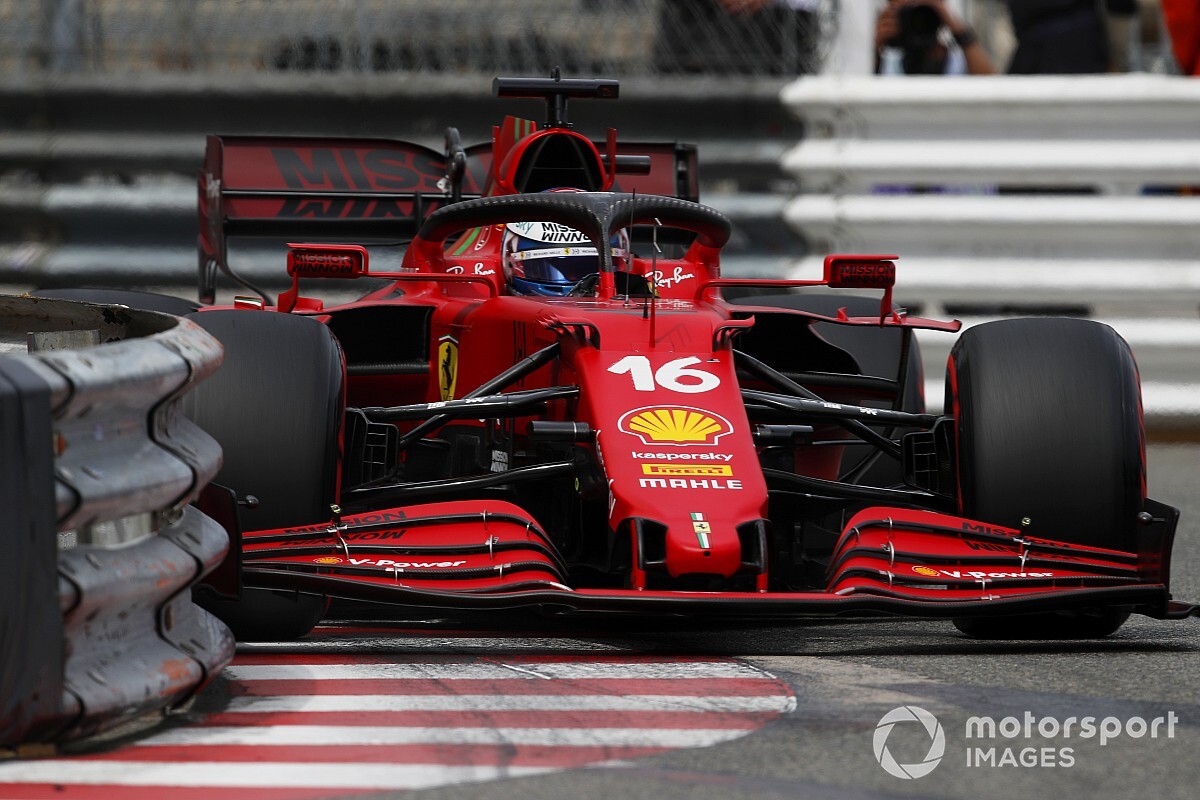 Leclerc scored Ferrari’s first pole in 18 months in the Monaco qualifiers on Saturday.

However, the session was stopped when the red flag was raised as a result of Localli hitting the side barrier to exit the pool area, which prevented the other cars from improving their times and thus secured the first pole.

Leclerc admitted right after the session that he was concerned that his accident had damaged his Ferrari’s gearbox, which could mean a grid penalty.

But Ferrari issued a statement on Saturday evening confirming that a preliminary inspection of the Leclerc gearbox showed no serious damage to it, and that it would make the final decision on changing it on Sunday morning.

“Initial examinations of the gearbox in Charles Leclerc did not reveal any serious damage,” a Ferrari statement read.

“Further checks will be carried out tomorrow to decide whether to keep the same gearbox for racing,” he added.

If Leclerc is forced to change his gearbox, he will drop to sixth on the starting grid, which will lead to Red Bull driver Max Verstappen being promoted to the pole of the first.