Either for a mere question of marketing, for pure hobby or a mixture of both, the truth is that news such as those that come to us from Volkswagen USA does not leave anyone indifferent, and that is that starting from a production Volkswagen Atlas Cross Sport, or what would come to be the same, a Touareg Coupé destined for the American market, have created their own high-performance version how well we would like to be able to drive.

Specifically, according to account Scott keogh, CEO of the Volkswagen USA division, the launch of the Golf GTI and Golf R made them think about what an SUV with the appeal and potential of the small one would look like hot hatch german, especially at a time when crossovers of this lineage are in fashion. For this, they took as a basis an Atlas Cross Sport R-Line from the Chattanooga factory (Tennessee, USA) and delivered it to specialist Jamie Orr to carry out the project. 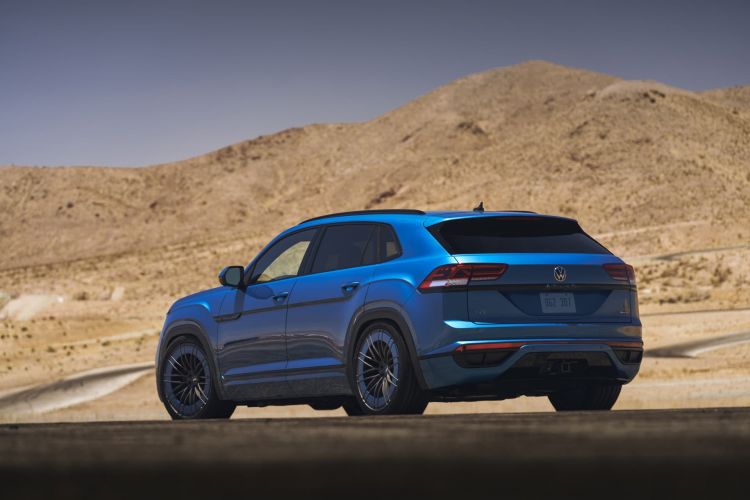 Thus, under the hood is the well-known EA888, that is, the same 2.0 TSI of the aforementioned Golf R with an IS38 turbo and an additional radiator from a 7th generation Golf R to generate a 300 hp total power which is sent to the ground through all four wheels (it has 4Motion all-wheel drive) and with the help of a seven-speed DSG double-clutch automatic transmission. In addition, to ensure good performance not only in a straight line it has been equipped with some eight-piston front brakes signed by TAROX as well as with specific shock absorbers and springs.

As for the aesthetic section, the most striking thing is the blue color Eisvogelblau, which is repeated in numerous elements such as the fairing of the 22 “wheels with ABT stamp, on the golf ball-shaped automatic gearbox knob nodding to the GTI versions of the German compact, on the four Recaro Sportster CS buckets placed for the occasion or in the center console.

At the moment this Volkswagen Atlas Cross Sport GT Concept It will be used by the brand for various promotional events in the North American continent., and although according to Orr it drives better than the series version, a similar version is not expected to be offered in the range, so if you liked it you can always buy a Volkswagen Touareg R from 96,775 € with its fantastic V6 of three liters of displacement and 462 CV of power to forget the two liters of this special Atlas. 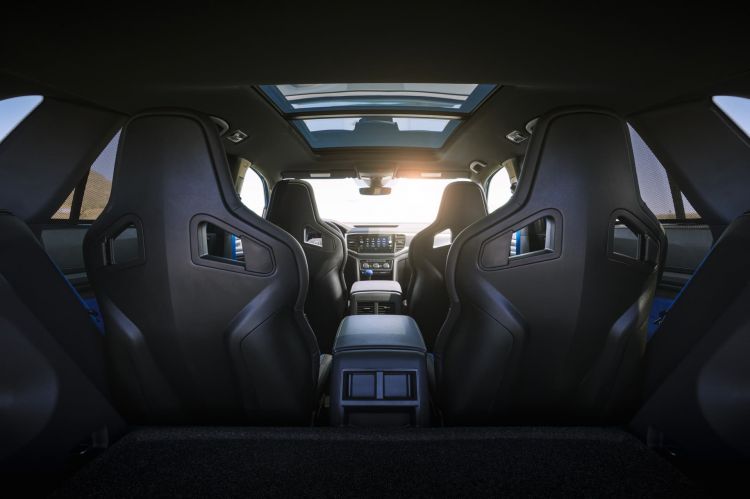