The Volkswagen Basis-Transporter (Type EA489) was a small van built by the German brand between 1975 and 1979. Depending on the country where it went, it may be known by the name “T200” (Germany), “Hormiga” (Mexico), “Trakbayan” (Philippines ), “Mitra” (Indonesia) or Teijo (Finland). But despite being called multiple names, she is a complete stranger to the Volkswagen family, a vehicular unicorn overshadowed by her older brother.

If you thought that the first generations of the Transporter were simple and spartan, it is because you have not had the opportunity to know the Basis-Transporter. When the Wolfsburg brand only had a range of air-cooled models, few people bought one for its comfort or luxury. They were vehicles cheap, robust and reliable. They weren’t refined or pampered their passengers excessively, but they lived up to expectations. Not surprisingly, the company’s board of directors wanted to go a little further. 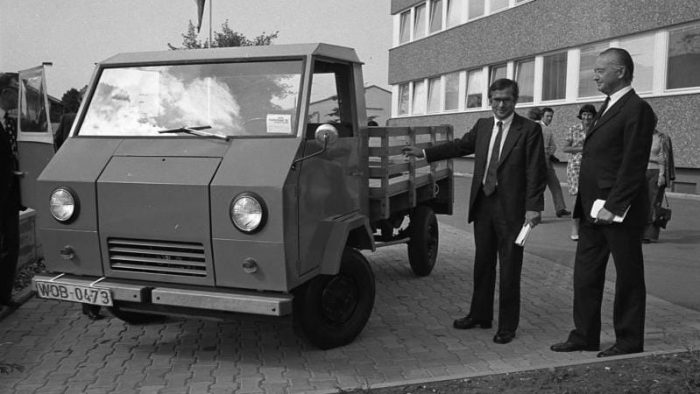 The Volkswagen Basis-Transporter was such a rudimentary vehicle and devoid of any kind of concession to design that it made even a commercial van Type 2 it looks like a Mercedes-Benz S-Class next to it. As its name suggests, “Basis”, which translates as “Base” In Spanish, it was thought of as the ultimate in no-frills transportation, aimed at developing countries. And if the registration data is correct, the first prototypes were presented in Wolfsburg in September 1973 in the face of new Japanese competition.

During the 1970s, various manufacturers sought to build very simple and inexpensive transport machines to sell in poorer countries, where something too complex could have sapped the talents of local mechanics. Volkswagen already had a foothold in those countries, thanks to the Beetle / Beetle, which conquered everything. That put it in a good position to present such a vehicle. There was practically no one in the world who was not familiar with the Volkswagen boxer engine. 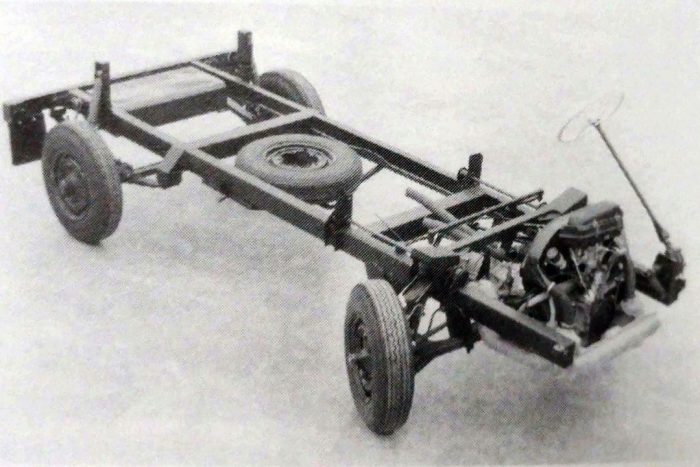 To keep the price as low as possible, the truck received a very simple ribbed chassis and the well-known block of four-cylinder, air-cooled 1,584 cubic centimeters. However, unlike the standard Transporter, which had the engine hanging from the rear axle, the engine and four-speed manual gearbox were moved to the other end, giving it a setup of front-wheel drive (unpublished for the brand until the Golf arrived). Delivered a modest 46 hp at 4,000 rpm and 100 Nm at 2,200 rpm.

The drive wheels were suspended on trapezoidal arms by a torsion bar, while the rigid rear axle accommodated longitudinal leaf springs. According to various sources, the curb weight ranged between 1,200 and 1,290 kilos, but payload was interesting: up to 1,000 kg. It was considered a “perfect for utility” machine, since with a top speed of 77 km / h it was not a vehicle for racing either (some say that the version for the Indonesian market could somehow exceed 90 km / h) . 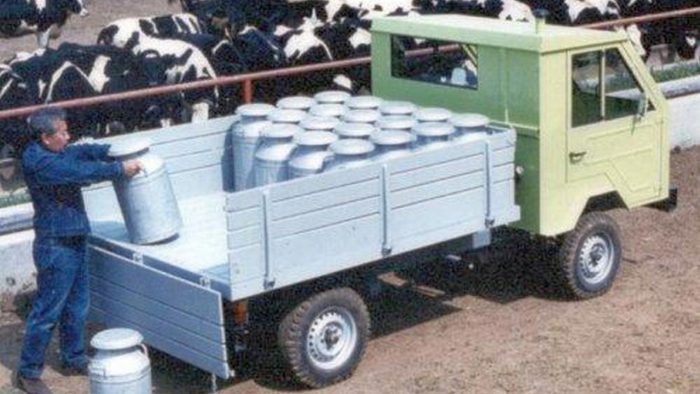 The cabin proves, among other things, that the design of this machine had to be as sparing as possible. You won’t find curves in the Basis-Transporter, beyond the headlights, the steering wheel and the wheels. Even the shape of the fins in angular. The side windows were plastic and the view through the passenger compartment was kept dry with a single windshield wiper, although it must be added that, at least, it was powered by an electric motor. The colors to choose from, Coral Red, Patzcuaro Blue (Mexico) and Cream White. The upholstery was always gray vinyl.

The driver’s dashboard was the same switch and a clock that reported the fuel level. It also featured a tachometer in front of the steering column, an oil pressure warning light, and that was it. And air vents? What was here was air condition, on condition of how much you lower the windows. In general, it was a practical, cheap and easily repairable vehicle in any country that swam with Volkswagen parts. Still, you won’t find one that easily. 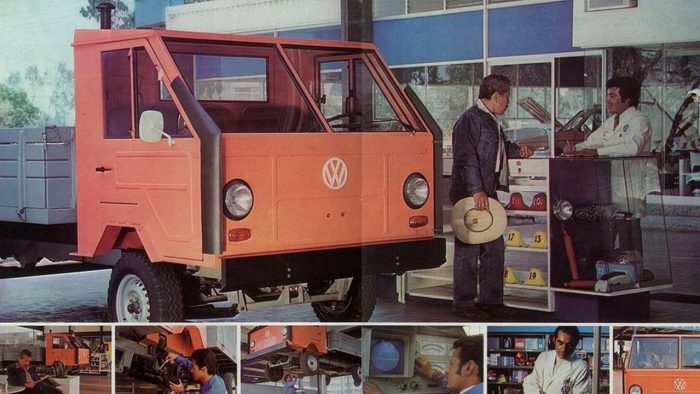 Speaking of production, Volkswagen’s plans called for its partners to be able to build these machines on their own. Only chassis, wheels, engine, gearbox and steering would be exported by parts. The cab or fuel tank should not be part of the kit. Instead, Volkswagen had to provide the instructions on how to make them as cheaply and efficiently as possible from sheet steel (or plastic), and they could be made into vans, minibuses, motorhomes, and ambulances.

A Finnish company Wihuri Group also manufactured a Basis-Transporter based truck called Teijo. About 200 copies were made, several of which were sent to Africa as part of foreign aid packages. Meanwhile, at the main plant in Hannover, Germany, Volkswagen made 2,600 trucks as IKEA furniture and another 3,600 were made in Mexico. Australia and New Zealand were also initially to receive some lots, but more complex and expensive vans to maintain could be afforded there. 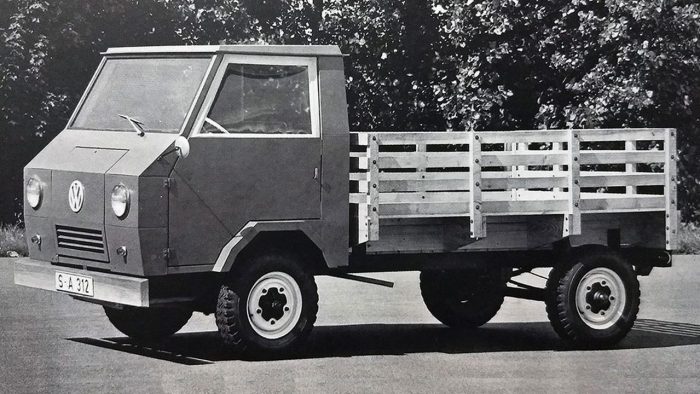 Due to their limited production and distribution to specific countries, intact copies of the Volkswagen Basis-Transporter is a real rarity around the world. If you see one circulating in the streets, you have seen something special.